Are Poured Basement Walls Better than CMUs for Below-Grade Construction?

Below grade walls are typically subjected to three variations in exterior temperatures - the above grade portion, the frost zone and the base section below the frost zone. All these areas are influenced by the temperature change through the wall, each having a different dew point, which will create moisture on the interior face of the basement wall, if not addressed properly. 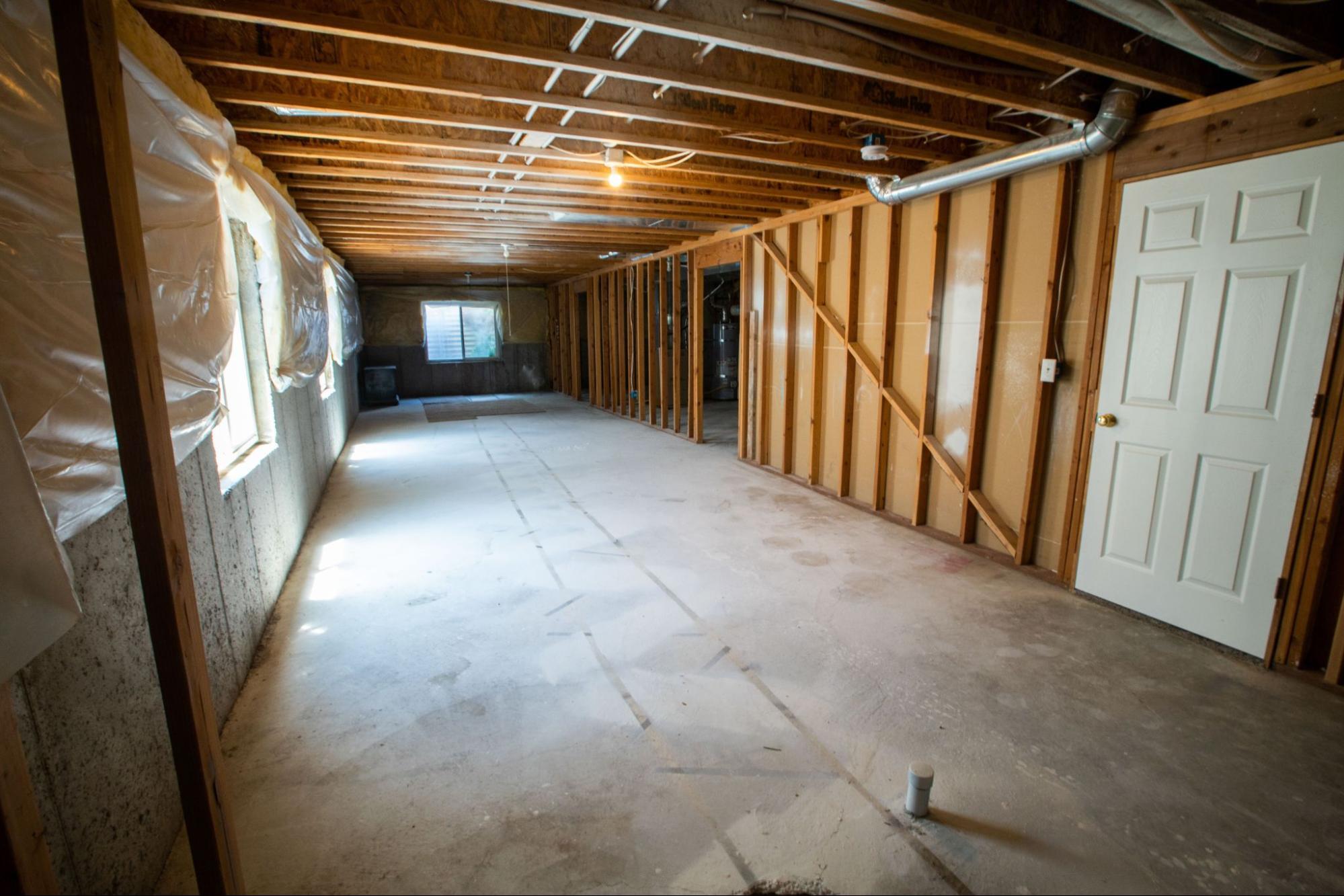 What is Below-Grade Construction?

Below-grade construction refers to any construction that happens below the surface level of the earth. Walls below-grade have to resist the horizontal forces from wet soil while also providing a strong foundation for the entire structure. Water can also seep through the walls if the right materials are not used.

Below grade walls, in most climate zones, must also be insulated and have a vapor retardant applied. Not only can water intrusion make basements feel damp and uncomfortable but any moisture or condensation can lead to mold and mildew growth and deterioration of the building's walls.

Both concrete masonry units (CMUs) and poured walls can be effective building materials and techniques. While CMUs have been the standard choice, they require more skilled labor to place properly and offer more opportunities for leakage due to the joints between the blocks. 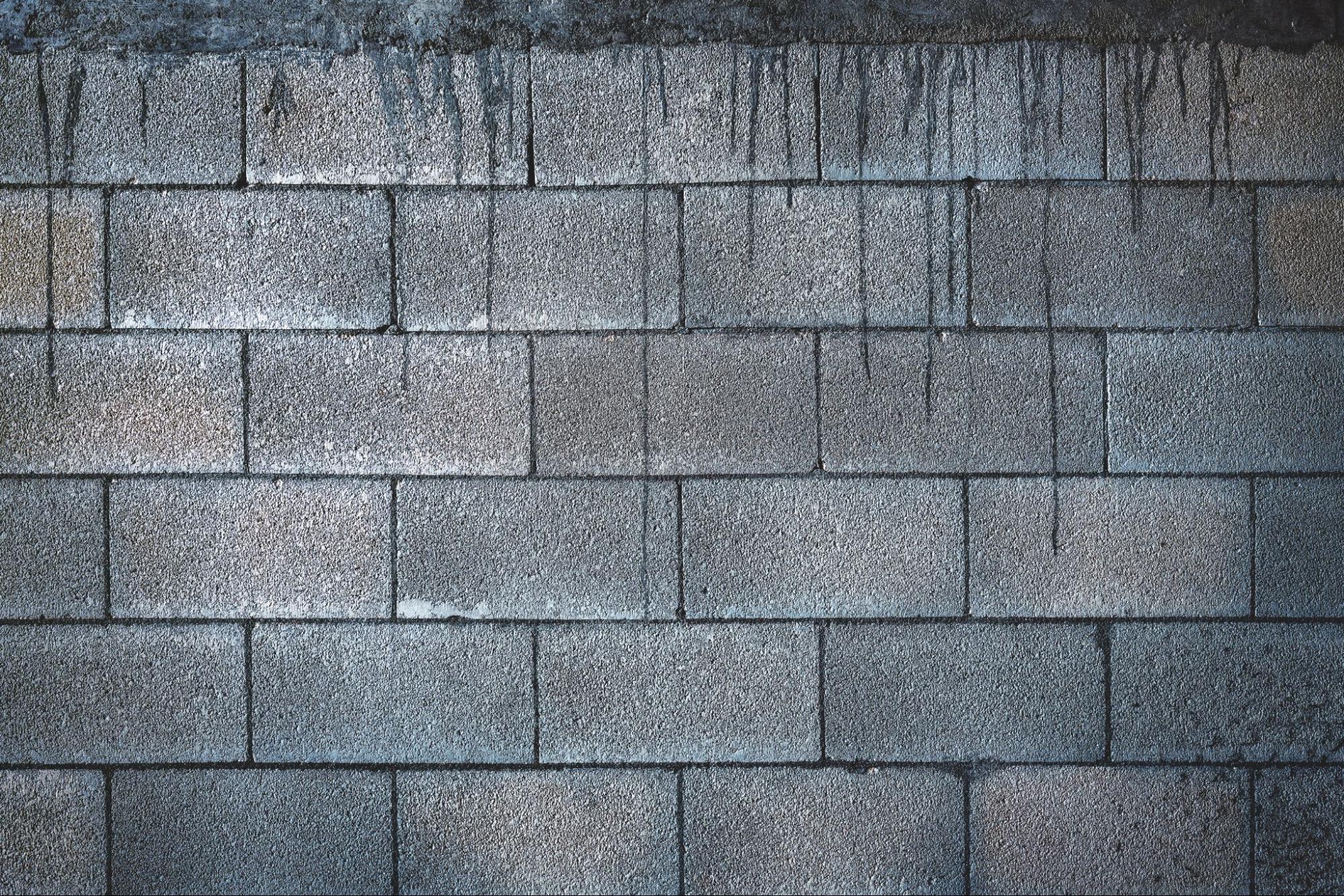 While this is not always typically an issue, so long as the contractors properly seal the joints, it is just another avenue for problems to potentially occur. Considering the number of joints in a full wall of concrete blocks, that is a tremendous amount of possible problem points. With poured concrete walls, the wall is a giant single mass, a continuous surface, so while they can have their own issues, the 100s of joints are at least eliminated. Formed concrete walls do have form-tie holes that are required to be filled.

Poured basement walls can be incredibly effective when built correctly. Concrete blocks can take quite a while to set in place, but poured concrete walls take less time and require less skilled labor while resulting in a superior structure.

Building with poured concrete walls is incredibly fast. Forms for the walls can be placed in the morning and the concrete can often be poured that same afternoon. The next day, the forms can be removed and the construction project can continue.

Keeping basements dry can be difficult. All of the joints in a CMU wall make them more likely to leak. When a poured concrete wall is combined with a waterproofing layer and proper water control management, like gutters, downspouts, perimeter drainage systems, and adequate sloping, the concrete walls will effectively keep moisture outside of the home.

One area where poured walls excel over concrete masonry units is in building curved surfaces. Concrete blocks have limitations that are avoided when building a poured concrete wall.

In addition to more freedom in the shape and look of the wall, the lack of joints in a poured concrete wall makes it stronger than a comparable concrete block wall.

Insulated concrete form (ICF) blocks combine all of the benefits of a poured concrete wall with excellent insulation and vapor retardation. ICF blocks consist of two layers of expanded polystyrene foam held together with a proprietary tie system to maintain an empty space between the foam. The foam blocks are stacked on-site at the construction site. They are lightweight and easy to use making ICF blocks a quick assembly. 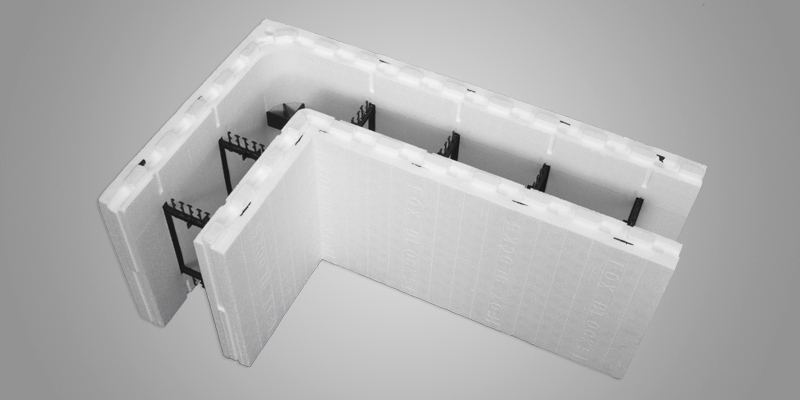 The engineering for ICFs follows ACI 318 for thin wall concrete, providing most ICF below grade walls to be 6" or 8" depending on the local building code. As the blocks are assembled into the structure of the wall being built, steel reinforcing bars are placed in between the layers of foam to tie the blocks together. Finally, concrete is poured in between the foam, and the concrete sets in place. The final structure is not only strong but also energy-efficient due to the inner and exterior layers of insulation. 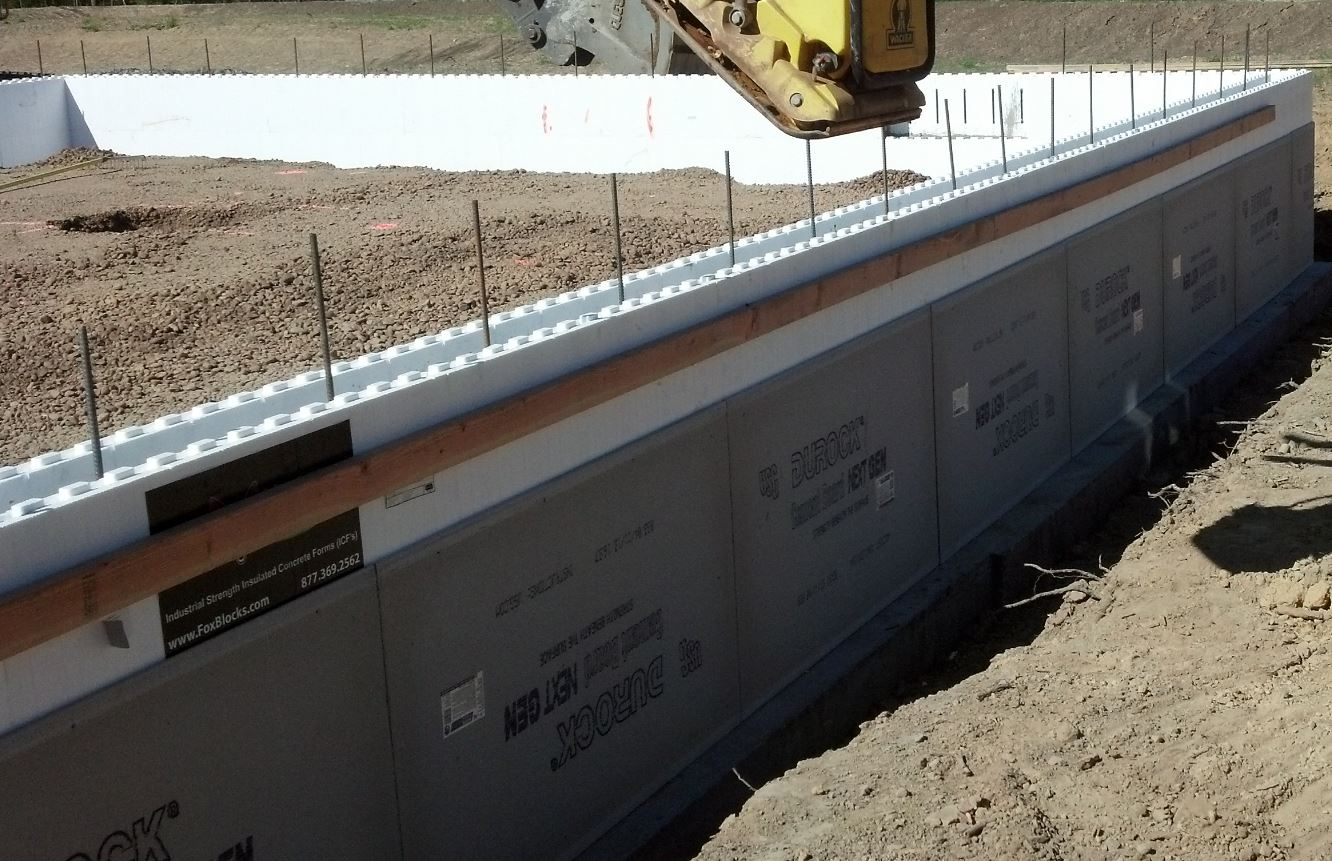 Efficiency is on everyone’s mind, so the fact that ICFs create the best continuous insulating solution, addressing temperature changes and vapor intrusion, this is a huge, and growing, selling point. In addition to energy efficiency, the makeup of ICFs allows for superior sound insulation, making a more comfortable and healthy home both in terms of sound and climate control.

Reinforced concrete ICF walls from Fox Blocks are an exceptional solution for below-grade construction. When coupled with an easy-to-apply, compatible weatherproofing or dampproofing membrane, Fox Blocks keep interiors comfortable, no matter what the condition of the soil outside. Packing together durability, climate control and soundproofing excellence, and sustainability, ICFs truly are the best answer available to contractors.

To learn more about how Fox Blocks can improve your next project, reach out to our experts at Fox Blocks today.