The increasing threat of dangerous and costly weather events, much fueled by climate change, mandates the need for storm-resistant house construction, to protect against intense hurricane and tornado winds, flooding, wind-driven rain, corrosion, moisture, and decay. Fortunately, homeowners, builders, and architects can look to several examples of ICF houses that are still standing after major weather events for the ideal building method for severe wind and storm resistance.

Fox Blocks insulated concrete form (ICF) homes provide a superior wall framing option to combat dangerous winds and flooding, than steel, wood, or concrete masonry units (CMU). ICFs create a continuous load path, to ensure that uplift and lateral loads that strike a house will travel from the roof, down the walls to the foundation, and into the ground. Moisture-resistant ICFs also help minimize structural damage to a house during and after dangerous flooding. 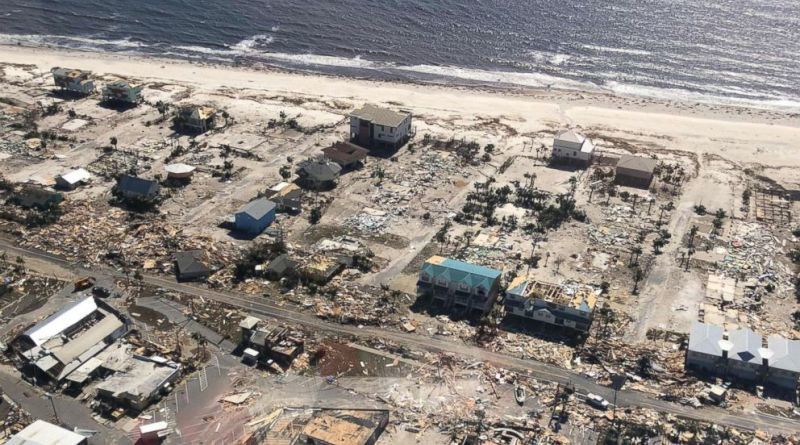 Homeowners today must contend with an increasing number of significant hurricanes and tornadoes that can damage and destroy their homes. Fortunately, families can protect themselves and their belongings with ICF construction. Here are several examples of how ICF houses stood up to dangerous and intense storms.

The Sand Castle in Florida Stands Up to Hurricane Michael 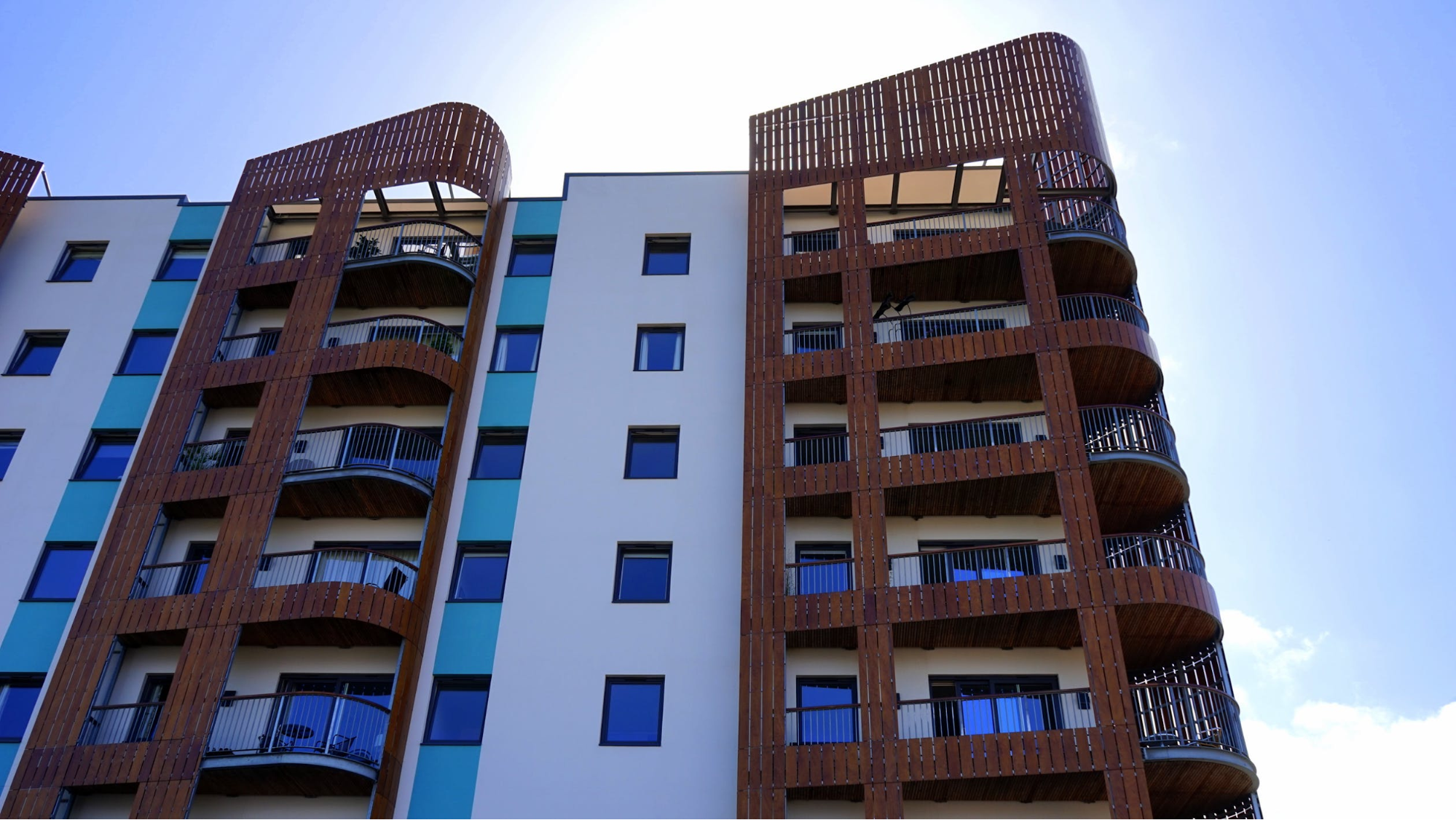 In 2018, Hurricane Michael made landfall near Mexico Beach, Florida, with prolonged winds of 155 mph — the most fierce hurricane on record along the Florida Panhandle. The winds, flying debris, and flooding caused by Hurricane Micheal cost $25 billion, damaged almost 60,000 houses, and killed at least 45 people. 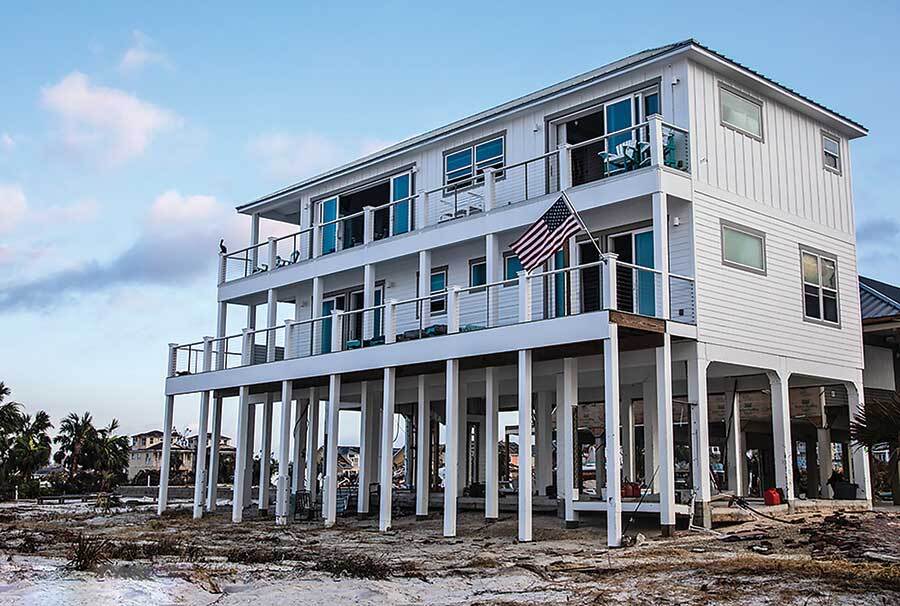 Fortunately, this beachfront ICF house, built just a few hundred feet from the water’s edge, survived Hurricane Micheal’s winds virtually unscathed, unlike many of its neighbors.

As Hurricane Katrina began gaining strength with winds of over 160 mph, turning its directions towards the Mississippi Gulf Coast, four families took refuge in an ICF home recently bought by one of the families. 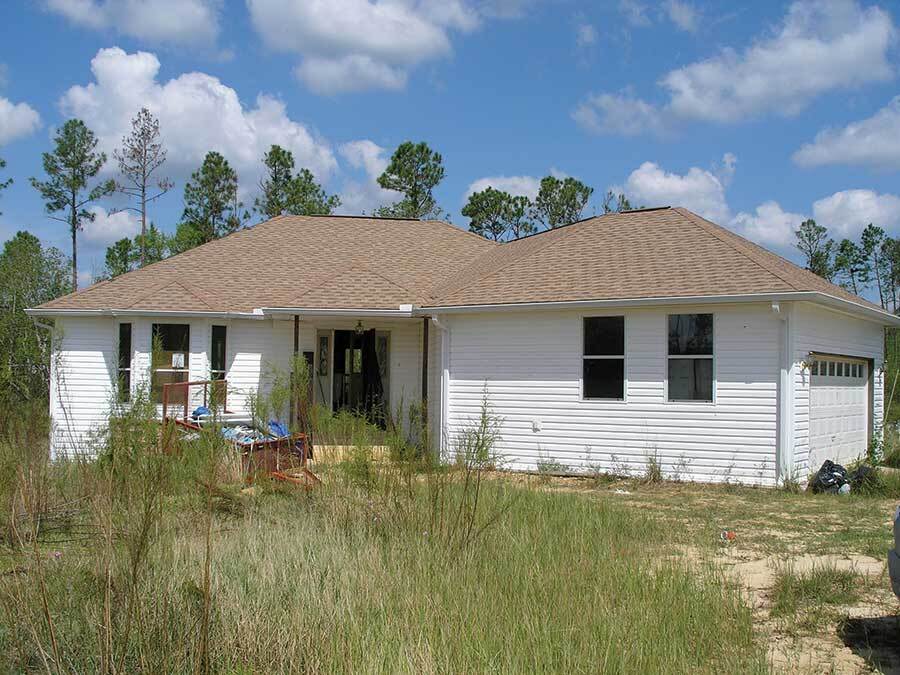 As they hunkered down, they could see trees uprooting and mobile homes ripping apart, but nothing inside moved or shook. After the hurricane, the nearly unscathed ICF home lost only a few pieces of vinyl siding. Sadly, the storm destroyed the nearby houses.

During Katrina, 30 homes in one subdivision, all built with ICF or 2000 hurricane code compliance, survived the 175 to 225 mph winds. Sadly, the storm demolished the framed houses and shifted the brick houses off their foundations in nearby neighborhoods.

However, the ICF and hurricane code-compliant homes didn't escape undamaged. The severe winds destroyed the windows and doors, and falling trees substantially damaged the roofs, ruining everything in the interior during the massive storm surge following the hurricane. Many of the 30 homeowners were able to move back into their homes after completing repairs, which took one to two years. 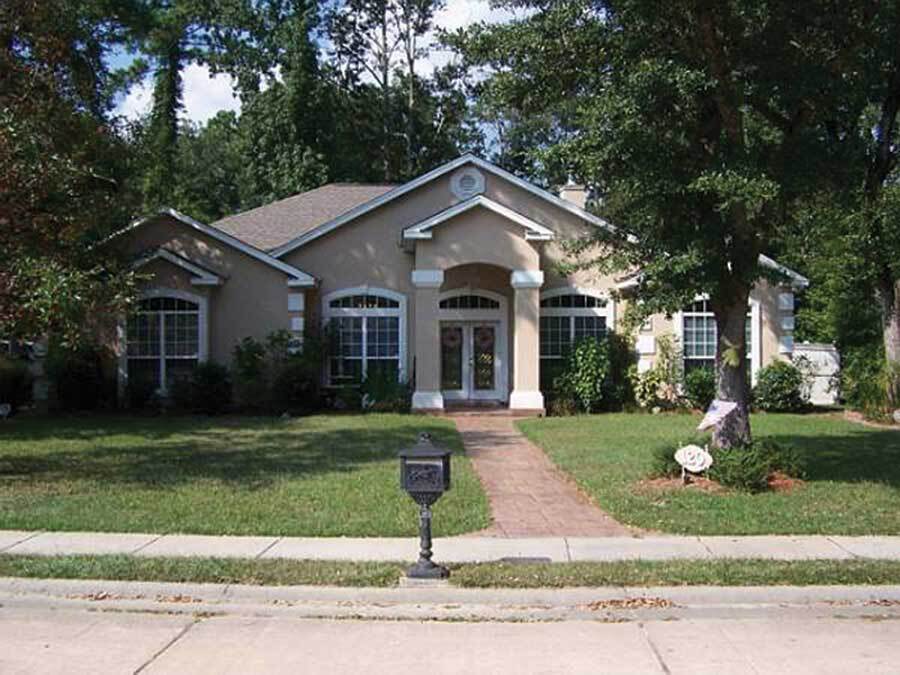 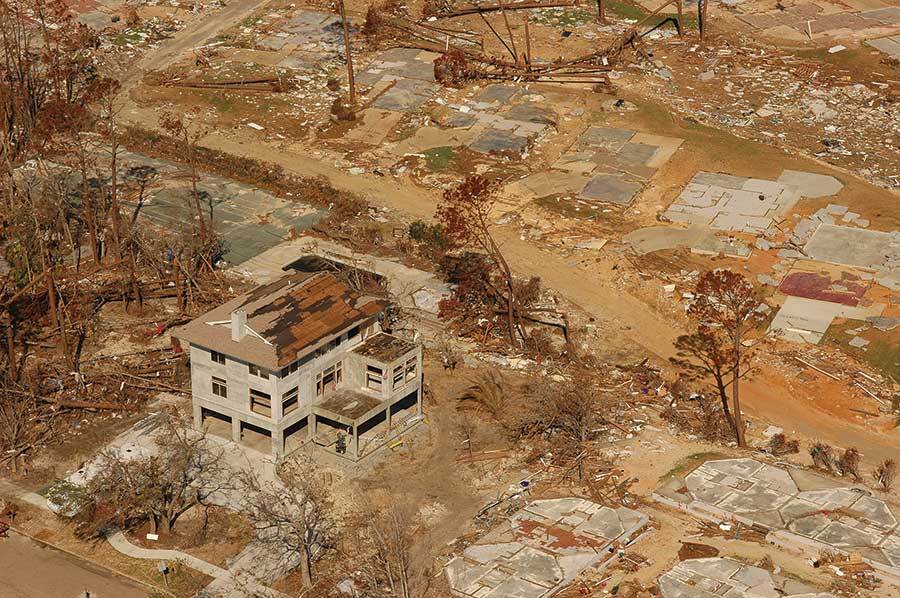 In the wake of Katrina’s 22-foot tidal surge, the Sundburg ICF home in Pass Christian, Miss., remained standing, unlike most everything else in its path. 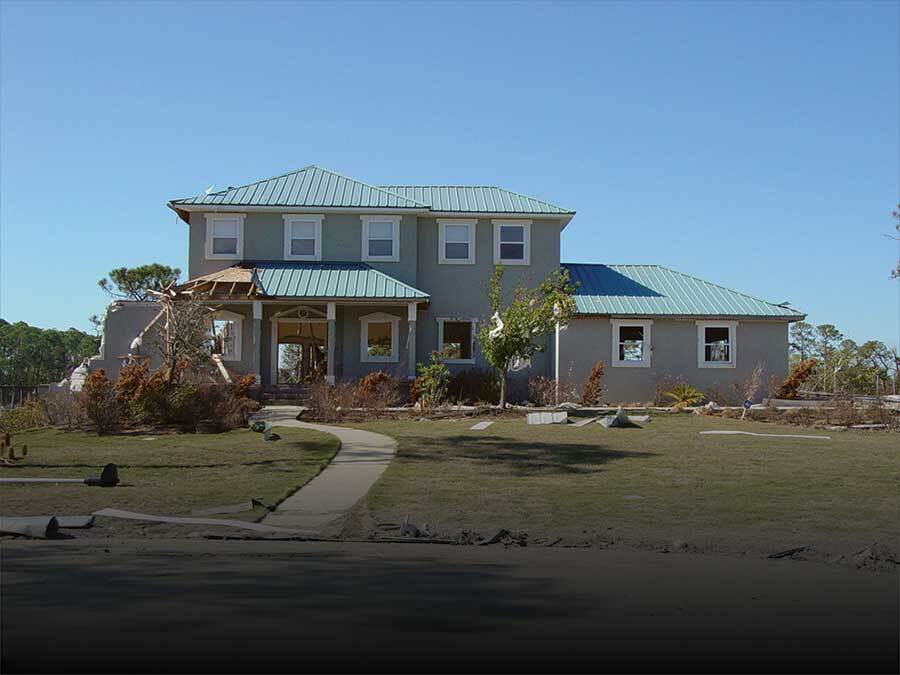 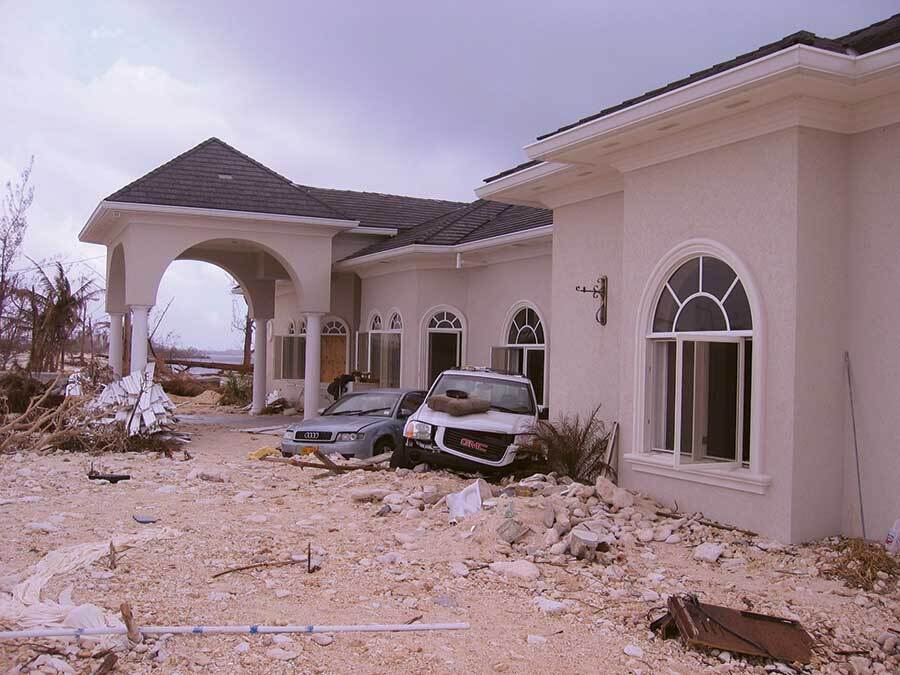 Hurricane-strength winds and flying debris couldn't damage this ICF home, located on Cayman Island in the Caribbean Sea. However, the storm did destroy cars and nearby buildings. 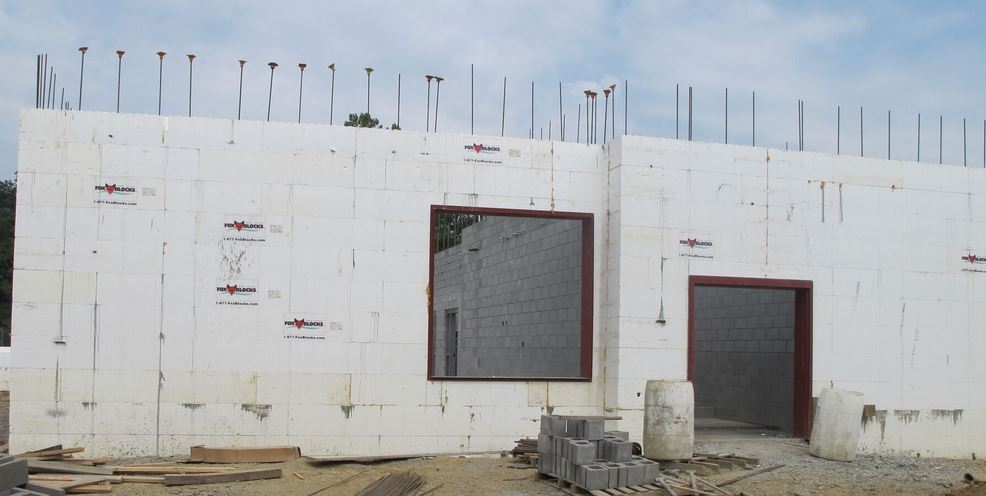 The Fox Blocks ICF wall system creates a strong framing system that is capable of standing up to the extreme winds and heavy flooding during severe storms.

Wind-resistant Fox Blocks ICFs protect against hurricane strong winds of over 200 mph and projectile debris flying at over 100 mph, providing more resistance against dangerous wind events than steel and wood.

Along with FEMA, homeowners, builders, and architects can refer to the International Code Council (ICC) Family of Companies and the 2021 International Residential Code (IRC) for best framing options in coastal regions.

Flood-resistant Fox Blocks' solid, monolithic concrete walls offer a permeability (perm rating below 1.0) that ensures moisture within the wall system will dry out and not move to nearby building components. In addition, Fox Blocks reinforced concrete construction won't degrade when wet, so it will maintain its original integrity and shape during and after a flood. Unfortunately, wood-frame houses may accumulate moisture in their wall systems because the methods used to stop water from entering a wood wall system may trap the moisture.

The National Flood Insurance Program (NFIP) classifies ICF as five, making it a superior wall framing choice for flood resistance. A class five-building product stands up to flood water damage, and survives wetting and drying. Additionally, a class five material maintains its integrity after cleaning it of harmful pollutants/debris from flooding.

Fox Blocks make energy-efficient, pest- and fire-resistant homes with excellent indoor air quality. They are a fast and straightforward way to build a new house, saving time and money during and after construction compared to other traditional building methods.

Don't hesitate to contact the professionals at Fox Blocks today for more on why ICF houses provide the best protection against storms. For more detailed information search the Resource Library on the Fox Blocks website.