Tips for Designing ICF House Plans With a Walkout Basement

Insulated concrete forms (ICF) are an incredible building material for foundations and above grade homes.. In addition to unmatched strength and durability, ICF blocks also provide greater insulation and moisture resistance than many other conventional construction materials. Many of the benefits of ICF blocks for general construction also make them an exceptional choice for homes designed with a walkout basement. 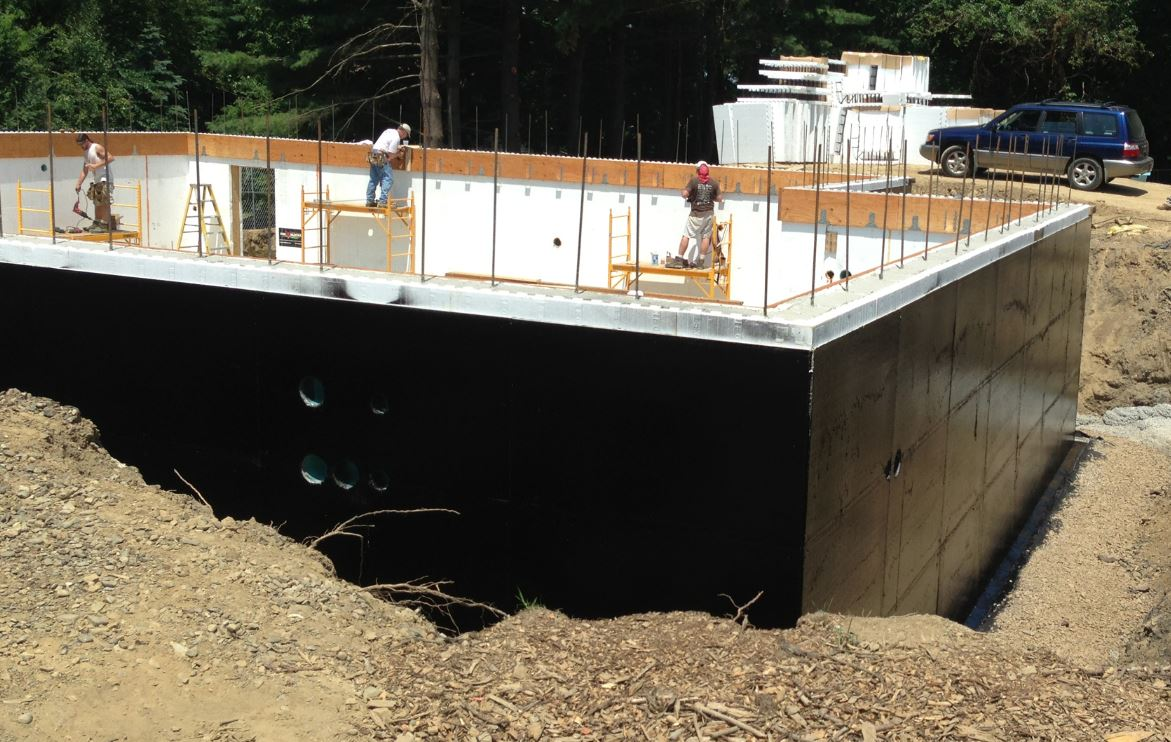 The word basement often has a negative connotation associated with it. Many of us think of basements as cold, damp, poorly lit spaces. When designing a walkout basement, it should be the complete opposite of that; warm and inviting with plenty of light. Think of your walkout basement as a lower level, an extension of your living area. When using insulated concrete forms (ICF) for your walkout basement’s construction, that can be a reality.

Basements are often dark, damp, and cold. Being below grade, it can be really hard to get natural light into the basement itself. Basements are the foundation walls that support the entire load of the house, so conventional designs typically limit the number of windows and the opening sizes to maintain the strength of the structure.

Concrete block or poured concrete basements are typically damp due to the moisture transfer. Previously construction practices and codes have not adequately addressed the complexity of the insulating and vapor retardation of foundation walls. This has created numerous issue with mold and mildew build up due to these issues, giving basements a bad reputation. Even when the right materials are used, conventional methods require the builders to follow careful installation techniques to have the walls function correctly.

Finally, basements have to be designed to suit the climate zone. Below grade walls must be fully insulated to combat the thermal transfer from the soil. The application of the insulation and the insulating material must such as to not allow for degrade over time due to moisture intrusion and poor air circulation. Poor insulation in the basement can lead to high energy bills for the whole home. Even worse, moisture issues can lead to mold or other issues which often give basements a bad rap. 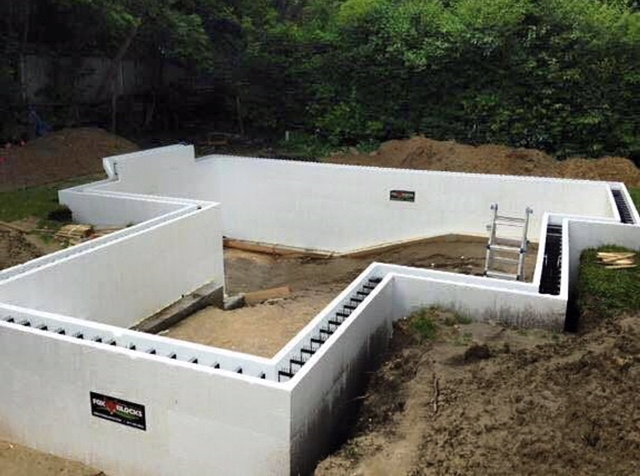 ICF Blocks - The Solution You’ve Been Looking For

Walkout basements are an ideal way to accentuate a sloping, downhill site and maximize living area, but how do we avoid the dark, damp, and cold attributes we commonly associate with basements? Turning a basement into an ICF walkout basement will add a lot of life to a lower level. Typically, walkout basements are more expensive to design and build, but using ICF blocks can help with both of those aspects.

ICF blocks are incredibly strong due to their steel reinforced concrete design. This strength allows for openings through the walls, like windows and doors for example, without sacrificing the strength of the structure. ICF block construction is often chosen for areas where extreme weather is likely. Using ICF block construction in a walkout basement gives you the strength your building needs while maximizing your home's liveable area. 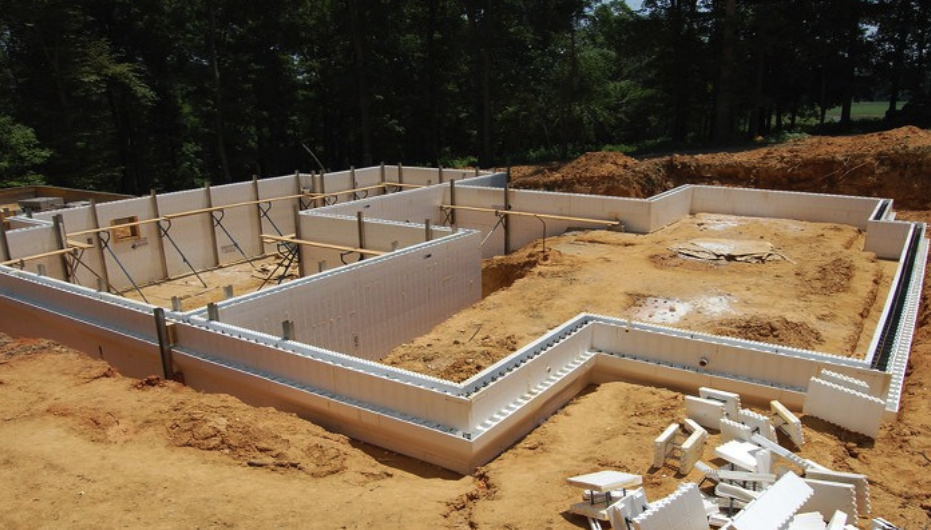 When designing any home with a basement, ensuring proper insulation and an airtight and moisture tight design are essential. Not only is the basement affected, but the entire structure.

ICF blocks provide a superior solution due to their moisture resistance and thermal mass. The thermal mass from an ICF block helps slow swings in temperature, to keep the indoor space much more comfortable. Any wall below grade needs a layer of continuous insulation, but traditional materials like fiberglass, foam board, or spray foam can leak air and absorb moisture.

Not only does moisture lower the R-value of these materials but it can also lead to further damage. ICF blocks below grade will need a waterproofing membrane and a properly designed drainage system to swiftly move water away. When coupled with these design aspects, ICF block construction is much less likely to cause moisture problems in your walkout basement. 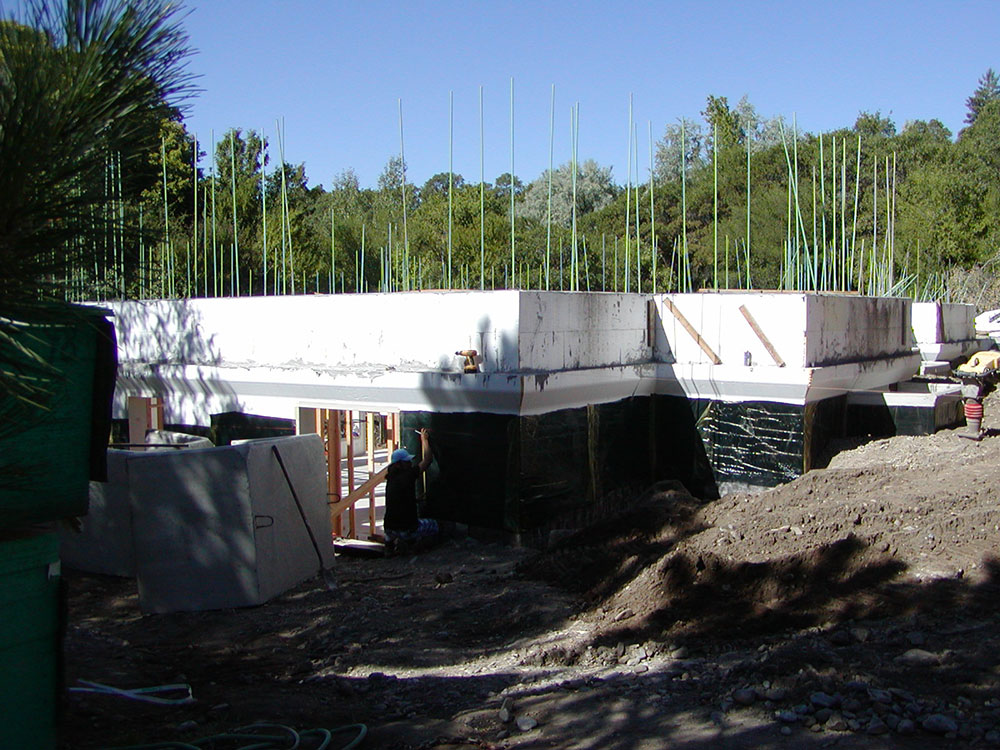 How Much Insulation Does My Walkout Basement Need?

Insulation is interesting in the sense that too much sometimes costs more, but otherwise it won’t really hurt. Too little on the other hand and you may have high energy bills and uncomfortable occupants. So how much insulation do your walkout basement walls need?

The IECC sets minimum standards for the R-values of basement walls based on geographic location. The minimums are okay, but homeowners can often feel like the insulation is inadequate. Using ICF blocks from Fox Blocks makes things much easier by far exceeding the minimums. With an R-value of 23, Fox Blocks also exceed ASHRAE 90.1 minimums in all climate zones.

In addition to exceeding the minimum R-values, Fox Blocks are an economical choice to comfortably expand the livable space for any project with great rewards. Contact Fox Blocks today and learn how you can make your walkout basement project a reality.