Home Climate Control: How to Prepare for When the Power Goes Out

To protect against the increasing likelihood of power outages due to severe weather events, architects and builders must design and build homes that can maintain a safe thermal condition for an extended period of time without generators or mechanical cooling and heating.

Power outages put homes, buildings, and the community at personal and financial risks. Natural disasters and extreme weather conditions often lead to prolonged power outages, exposing people and animals to severe (and dangerous) heat and cold. The Intergovernmental Panel on Climate Change (IPCC) predicts that weather extremes and events will become more frequent, intense, and widespread during the 21st century.

To protect against dangerous indoor temperatures due to power outages, designing a new home should include components that provide climate control without mechanical heating and cooling like Fox Blocks insulated concrete forms (ICFs).

Learning From the 2021 Texas Power-Grid Disaster 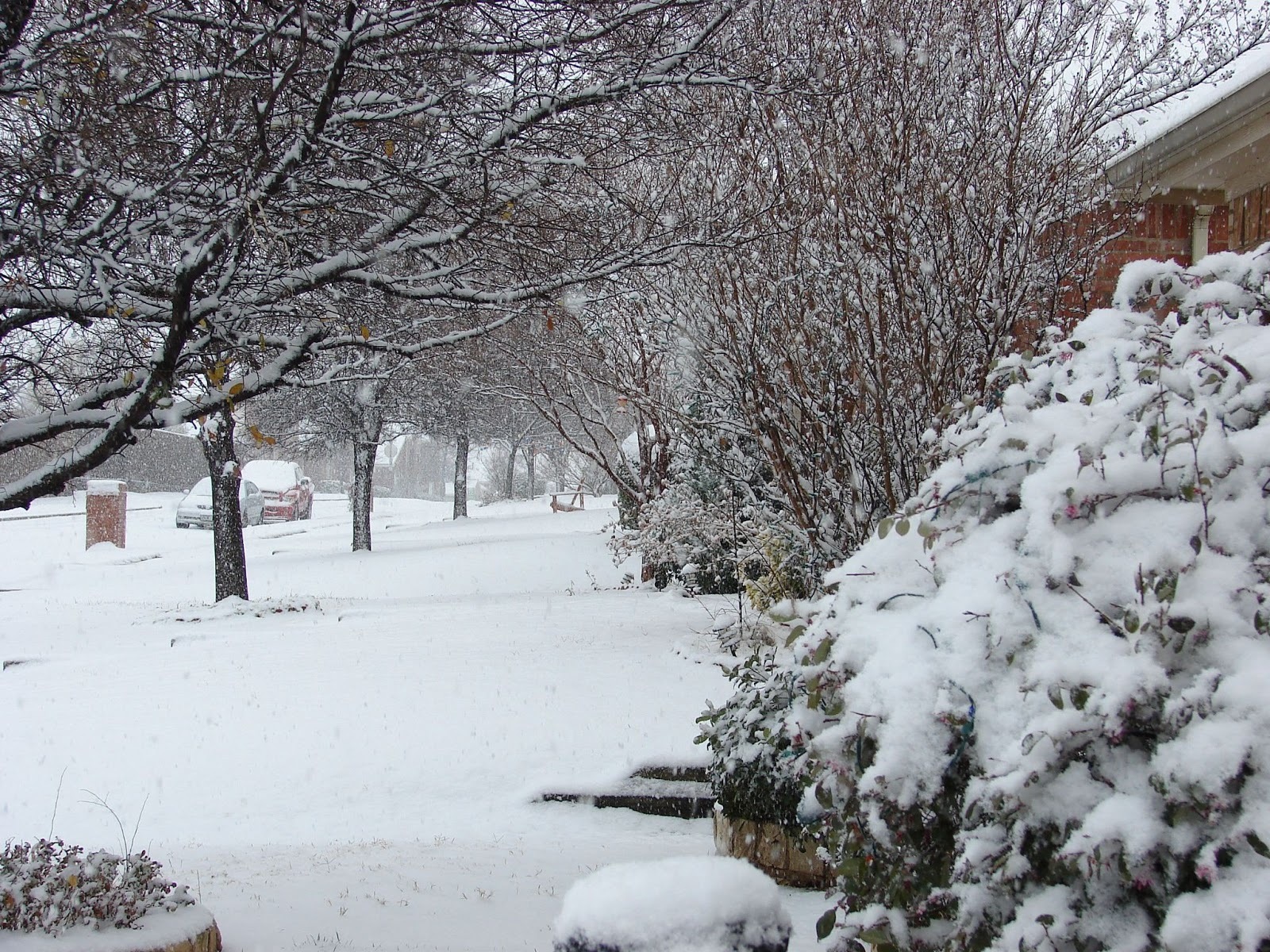 In mid-February 2021, record freezing temperatures, snow, and ice battered most of Texas, accelerating the demand on the state’s energy grid (a separate entity from the country’s power grid). Furthermore, the blizzard-like conditions froze the natural gas pipes, which were responsible for 52 percent of the state’s energy. The intense cold also forced some wind turbines to shut down, responsible for 25 percent of the state’s energy. By February 15th, power outages affected more than 4.2 million homes and businesses in Texas, along with nearly another million in Louisiana, Ohio, Oregon, New York, New Jersey, and Virginia. 4.7 million homes and businesses in Mexico also lost power.

The freezing temperatures and extreme conditions in Texas killed approximately 70 people (from hypothermia and carbon monoxide poisoning). The disastrous event also left many without water and food, caused significant damage to the infrastructure, and hindered the COVID-19 response. Sadly, about a dozen animals also died, including monkeys, lemurs, and a chimpanzee, at a Texas animal sanctuary. The power-grid disaster may end up costing a total of $195 billion on the low end and as much as $295 billion.

Preparing for the next significant power outage requires designing new homes to limit the danger and financial devastation of power outages. During an extended power loss, the house's design should strive to maintain all its vital life-support conditions (temperature, water, and sewage systems) without generators or mechanical cooling and heating.

Designing a home for extended power outages requires wrapping the entire house with an air and moisture barrier and continuous insulation (CI) as required by the ASHRAE 90.1 and the 2018 IECC. These two features will maximize the building envelope's effectiveness and create a comfortable and safe indoor environment during a power outage. The building’s envelope includes the above- and below-grade walls, roofing systems, glazing systems, and other openings.

Prepare for the Next Power Outage with Fox Blocks ICFs 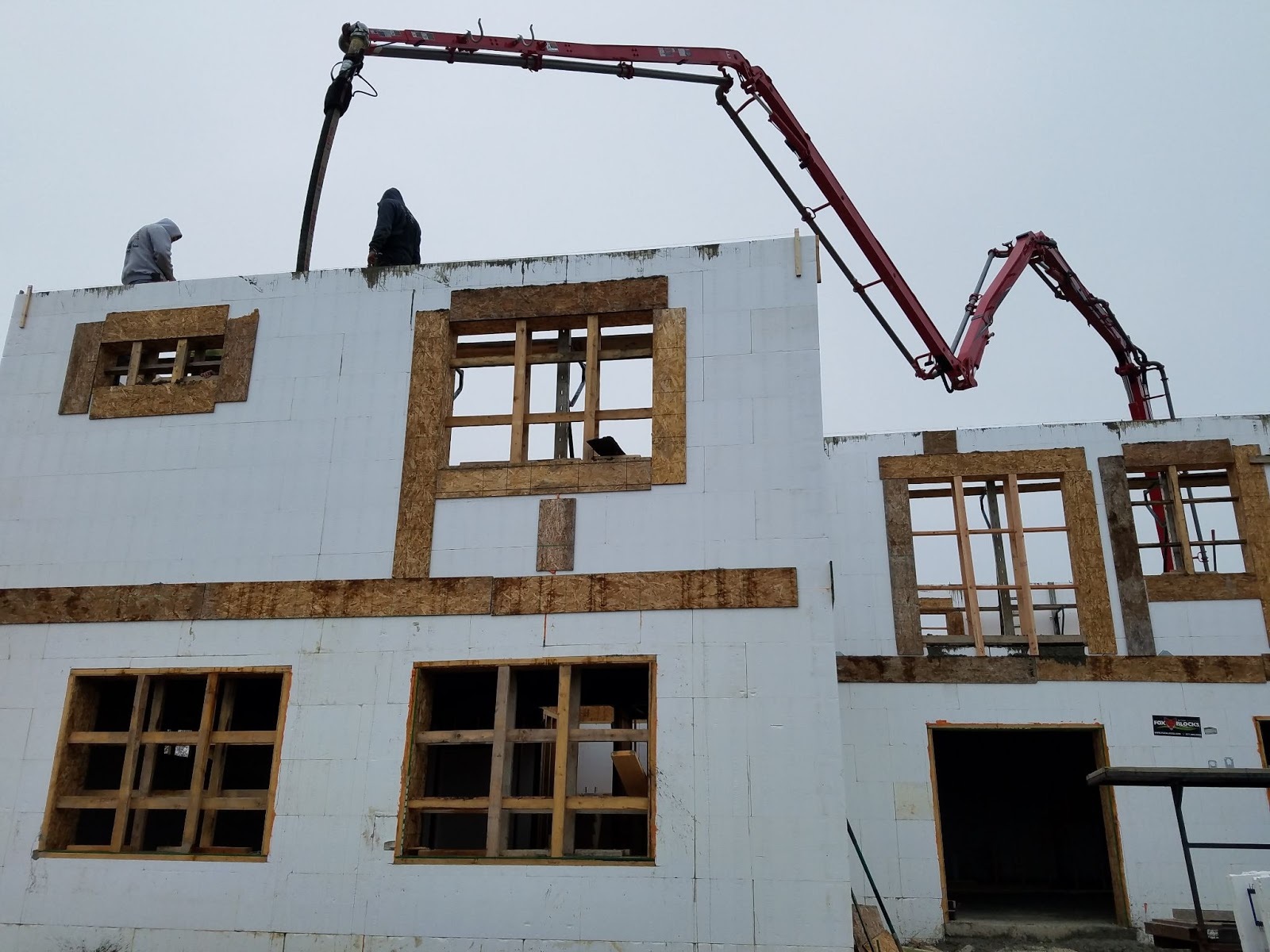 Cool roofs help keep a comfortable indoor climate during a power outage, protecting against solar gains and keeping the attic cool. Suitable products for cool roofs include low-thermal-mass products like tiles that reflect the Sun’s rays.

The design of a tight building envelope must include energy-efficient windows, doors, and skylights.

High-thermal-mass products within the building envelope help maintain a home's temperature during a prolonged power outage. For example, during a hot summer, high-thermal-mass materials absorb cold air at night, storing it in the wall's mass. During the day, the same walls stay cool, which helps keep the home's interior cool.

Passive-solar heating can keep a home's occupants comfortable and safe during a power outage. Passive-solar design manages solar gains by locating the glazings and the house to lessen the need for mechanical cooling and heating equipment.

Natural daylighting through windows and skylights allows natural light to coat a home’s interior during the day, lessening the need for artificial light. South-facing skylights and windows can bring daylight deep into a home.

Lengthy power outages can mean a loss of running water. To ensure water for washing and flushing, include rainwater catchment systems in your home's design, saving the treated and filtered rainwater for drinking and cooking. 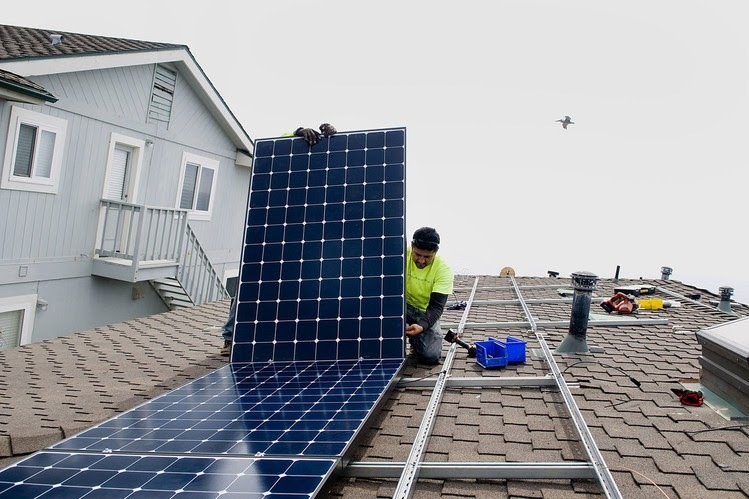 Solar renewable energy panels (PV panels) change sunlight (photons) into electricity— a vital design feature for home climate control when the power goes out. During a power outage, PV panels allow for the continued use of heating, AC, and water systems.

What to Do During a Significant Power Outage

Power outages may occur at any time, from a storm, fallen trees, equipment failure, or something else. It can last for days or even longer, affecting your safety and comfort by impacting the heating, cooling, water, lighting, food and medicine refrigeration, and medical equipment within your home. To protect the occupants of your home during a prolonged power outage:

Preparing for a Power Outage by Controlling Your Home’s Climate

The threat of increasing severe weather means more potential power outages. Preventing a repeat of Texas's deadly disaster requires homes designed with highly-efficient, high-thermal mass thermal envelopes, natural ventilation, and passive solar heating. For the occupants' safety and comfort, the design should include natural daylighting, water storage, and solar renewable energy panels. Implementing these home climate control features in a home’s design may make the difference between life and death after the power goes out. 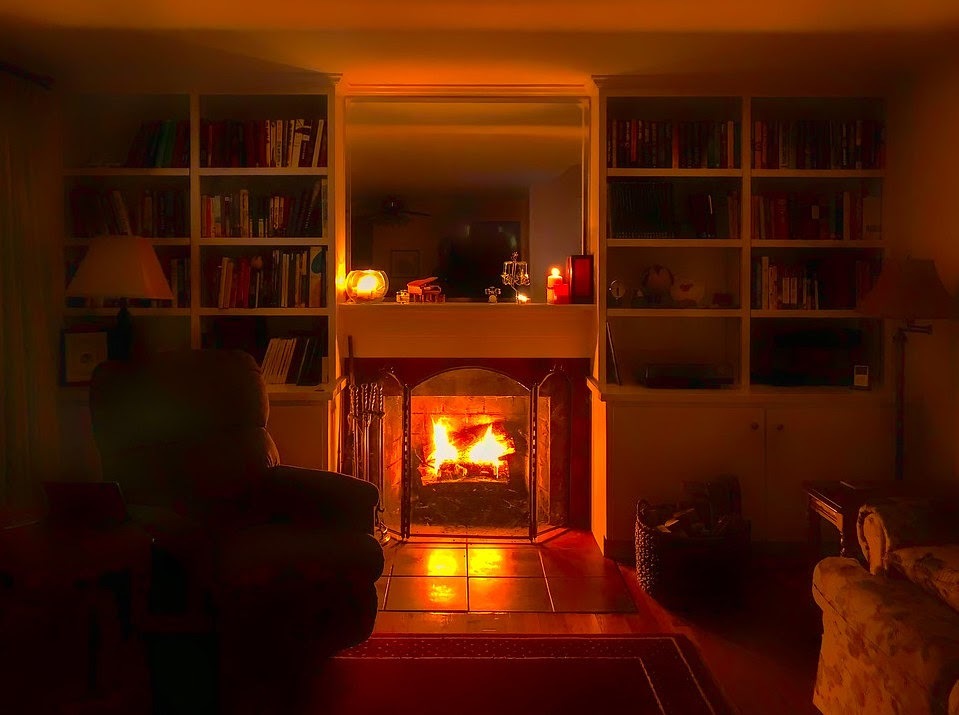 Contact Fox Blocks professionals today for more information on preparing a home for when the power goes out.