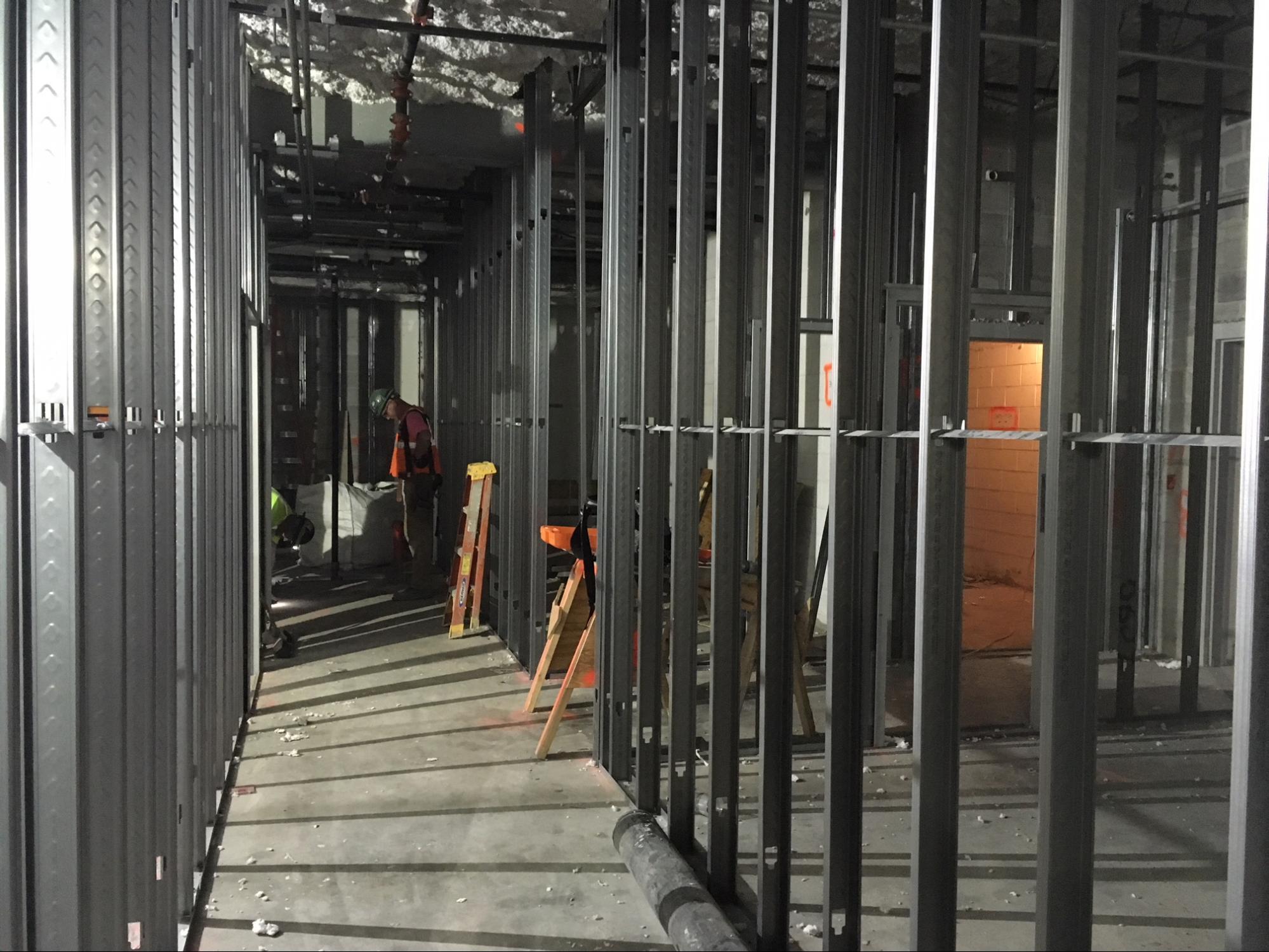 The Problems with Metal Studs

Steel or aluminum framing is often used instead of wood framing to take advantage of some of metal-framed construction’s characteristics: fire, disaster, moisture, and termite resistance among others.

These advantages do not come for free though, so builders have to weigh the pros and cons of using metal-framed construction. Some of the biggest problems with metal stud framing are:

Finding good labor is often a problem for construction crews, but using metal-framed construction requires even more specialized people. Aluminum studs aren’t as malleable or forgiving as wood studs, so precision is key. When metal studs are cut, the edges are incredibly sharp. Workers have to be very careful so that no one is hurt during construction.

Cutting and installing aluminum studs is more difficult than conventional wood-framed construction, but the problems extend to finishing crews too. While drywall screws easily enter wood studs, aluminum studs do not behave the same way. Aluminum studs must be carefully tapped, requiring practice and patience.

One of the great aspects of wood studs is how readily available they are. Every hardware and home improvement store will have a selection of wood studs available.

Metal studs can be a bit harder to find. While they are often available in standard 2x4 sizes, finding aluminum studs in different sizes can be very difficult. Metal studs for a construction project often need to be ordered ahead of time, which requires better planning and preparation.

Not only can metal studs be hard to find, they cost more too. While the price gap between metal and wood studs has been decreasing, aluminum studs still often cost 30% to 40% more than an equivalent wood stud. One major benefit of metal studs, however, is the lack of warping or bending. Metal studs always arrive straight and true. You don’t have to hunt for a good stud like you often have to do with wood studs.

Because metal studs do not burn, in one aspect they are a great choice for building a fire resistant structure. The downside of metal studs is how their mechanical properties change with heat. As metal studs increase in temperature, the strength of the stud decreases. That decreased strength can lead to buckling and collapse, especially with prolonged exposure.

Without taking special precautions, a metal stud wall using R-13 insulation can have an effective R-value of R-4 meaning the metal studs caused the wall to lose 70% of its insulation value. Thermal bridging leads to less comfortable indoor spaces and higher energy bills. 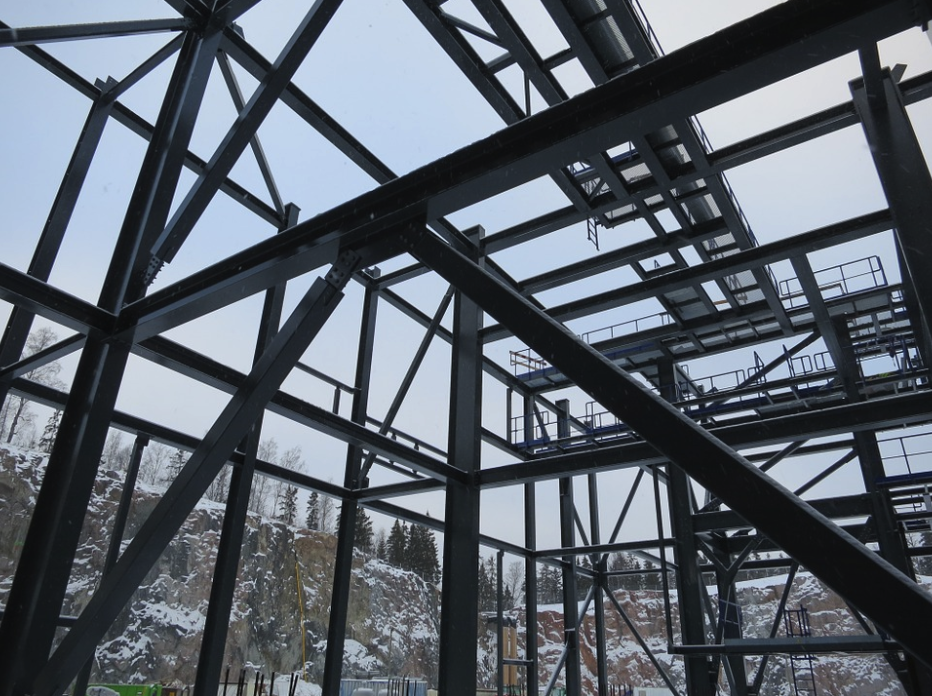 Insulated concrete form (ICF) blocks solve many of the problems of wood and metal-framed construction while still being easy to install and economical. An ICF block consists of two layers of expanded polystyrene foam, held together with specialized ties. The two layers of foam are sandwiched together with an empty cavity in the middle. 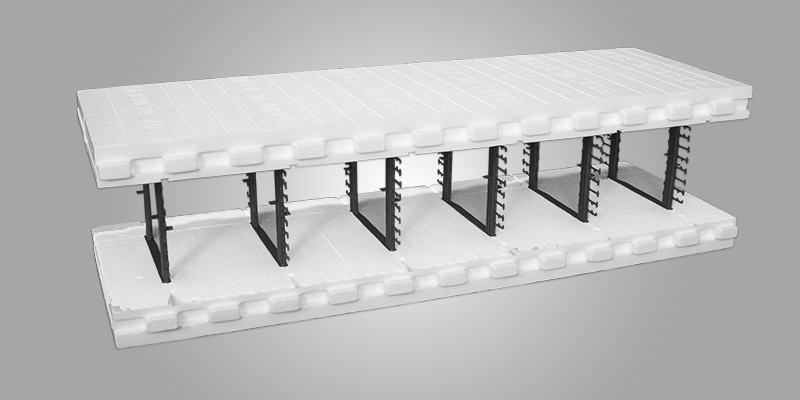 During construction, the blocks are assembled to build the structure and rebar is placed in the cavity. Concrete is then poured into the cavity, which results in an incredibly strong structure with amazing insulation properties. ICF blocks from Fox Blocks speed construction by offering an integrated wall system that includes the air barrier, structure, insulation, vapor retarder, and attachment in an all-in-one assembly.

Metal studs require specialized labor and an increased risk of accidents, so ICF blocks make things easier. With the pre-engineered solution, lesser trained people are able to assemble the blocks with less room for human error. Because of the all-in-one nature, construction speed is increased because many steps can be completed at one time, unlike in wood or metal-framed construction.

The opposite of metal studs, concrete is cheap and already used in almost every job site. While the ICF blocks have to be ordered, the majority of a construction project will use standard block designs. Where the blocks are too big, Fox Blocks are designed to be easily cut by hand once on site. Lightweight Fox Blocks are also easier to move around a job site. 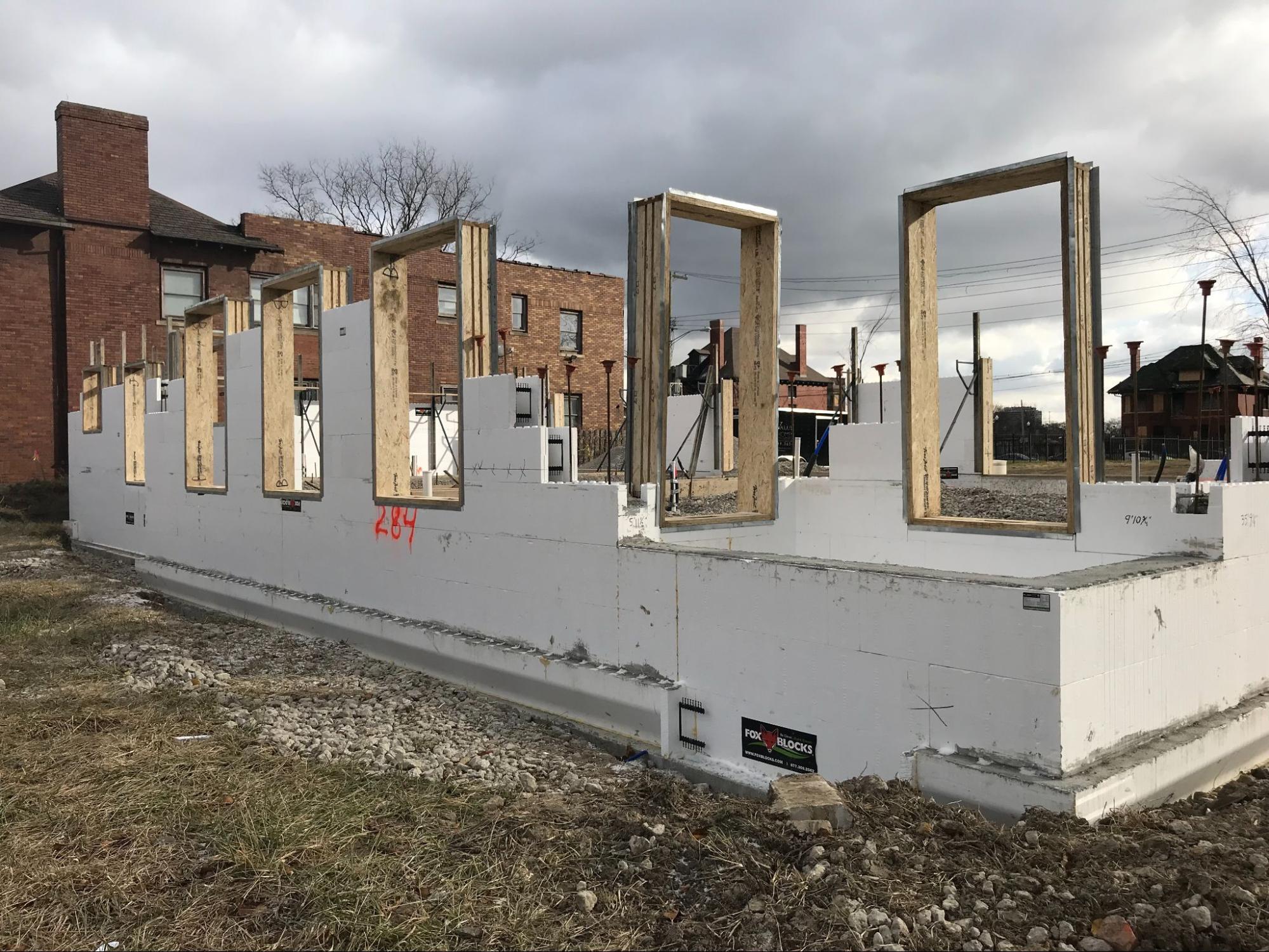 Not only are material costs for ICF construction very economical, the labor savings can be outstanding too. Once a crew is used to working with ICF blocks, the labor required can be half that of other construction techniques. Fox Blocks help keep projects on time and under budget.

Aluminum studs are often chosen for their strength and disaster resistance. Compared to reinforced concrete construction, metal studs do not stand a chance. Concrete is naturally disaster, fire, and moisture resistant while also being incredibly durable.

In fact, Fox Blocks meets or exceeds the criteria for a FEMA residential safe room design. Building with ICF brings a great deal of confidence that the building will be there for a long time to come.

Aluminum studs can lead to thermal bridging, but ICF blocks completely solve that problem. ICF blocks have no through fasteners connecting the inside and outside surfaces and provide two continuous layers of insulation, one on the inside and one on the outside. Coupled with the increased thermal mass from all of the concrete, ICF construction is much more energy-efficient and the temperatures stay more stable. ICF also adds some acoustic benefits that prevent outside noise from easily entering the building. 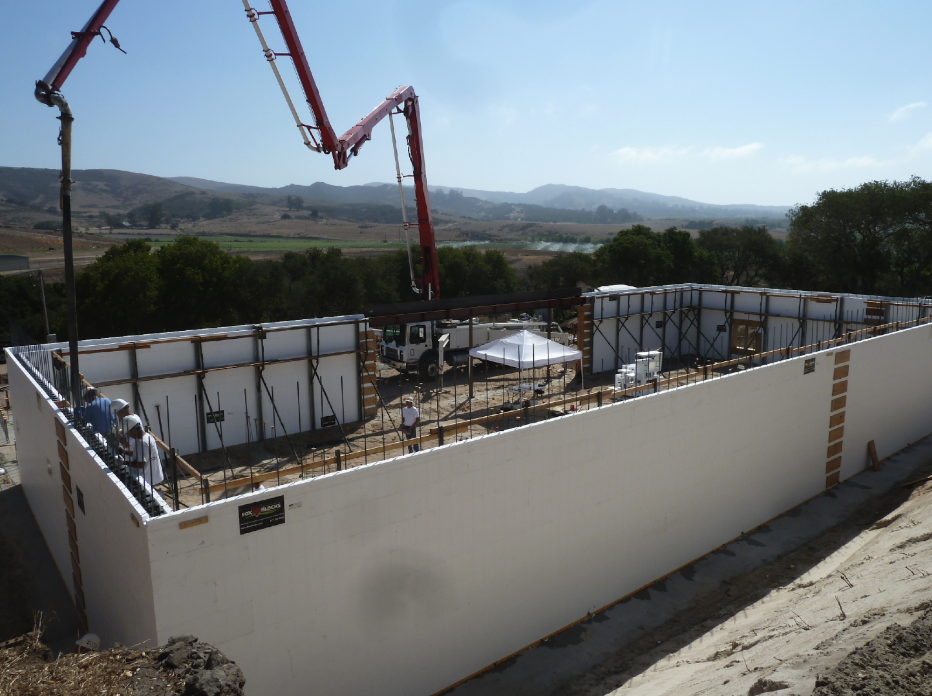 When deciding whether or not to use aluminum studs in your next project, consider using ICF blocks from Fox Blocks. The advantages during both installation and a better finished product will result in a better outcome for everyone. Reach out to the experts at Fox Blocks today to learn more about how ICF might be right for you.